Sep 7, 2018. We made a field trip to “来吧田园” (Laiba Farm, literally), a rural complex owned by Mr. WANG Jie, one of our classmates. Actually, the project of about 17.5-acre land falls in a new and very Chinese characteristic business model, “田园综合体”.  Though often translated as “rural complex” by domestic media, it’s different from the original English context, which refers to a concentrated rural area often encompassing farms, farm houses, hospitality, recreational and dining facilities. The former emphasizes new models of agriculture and rural revitalization. It encourages corporates to invest in agriculture, and integrate cultural and tourism elements with agriculture, with the aim of modernizing rural areas.

But clearly, Laiba Farm is still at its early stage, and not much different from many other plant nurseries in that area. Most of large vegetation are nursery trees. There is a small farm that grows organic vegetables and herbs, but not yet enough to supply the restaurant on site. There are recreational facilities such as boating and kayaking, team house in the green, for family and organizational customers. 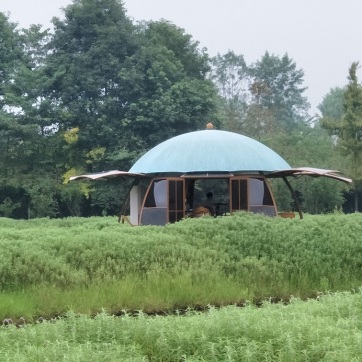 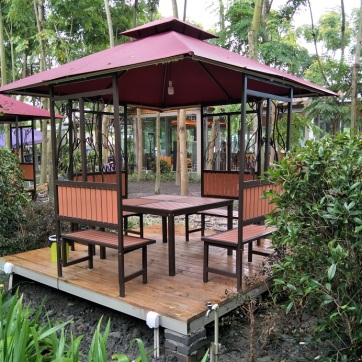 QR code is used to provide information of nursery trees.  I scanned it with WeChat in my phone and found information of attributes of the species and price per 100 trees. You can hit a “Buy Now” button to order immediately. They also use drones for survey, but primarily for Jie’s other survey and construction design business. 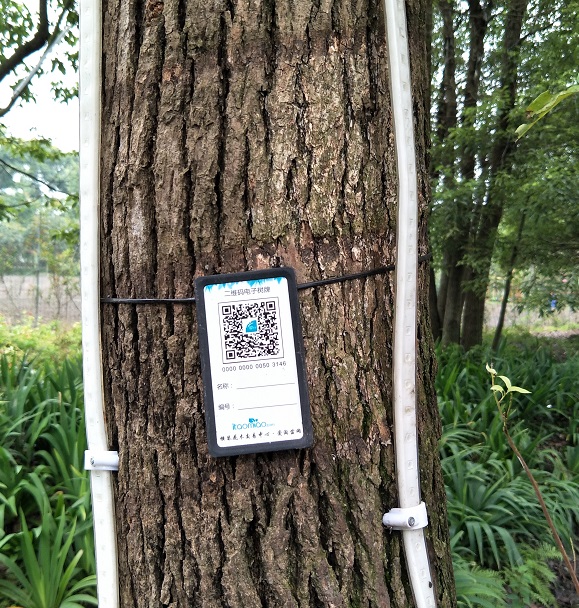 Get your hands dirty

We came here for study! Albert showed us that good biochar should feel a little greasy on your fingers, easy to crush and washed off. 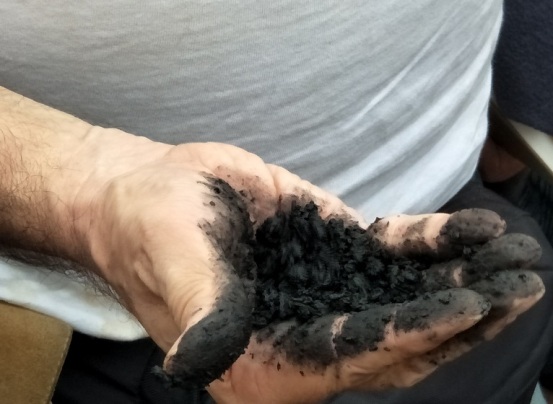 People of the day

Wang Jie. Jie (given name) is one of a handful people in the class who actually run an established farm. A few years ago, he took his two children to Barefoot Park in Dornstetten and the Park of All Senses in Gutach, Germany. There he was struck by the contrast that environmental education for children was so inadequate back home, if not entirely missing as in some places. Soon after returning home, he took up a plant nursery of 17.5 acres, as a new business beside his established firm in road and bridge design. It didn’t seem too unfamiliar domain to him.

At the beginning, the project was aimed to be a combination of nursery, vegetable farm eco-tourism and dining. He also built game play facilities for corporate team building events. Then he realized merely a green place is not enough to provide the quality environmental education for children, which was the original motivation for this project. He is now partnering with some professional early education organization. The latter design most of their courses for outdoor and natural environment.

His team has a dozens regular employees, but most very young and engaged in the operation of dining, recreation facility and nursery parts. They often hire local farmers to help with field work. As the only strategic planner, Jie constantly felt the pressure of looking for solutions for future development. The project has to distinguish itself from numerous plant nurseries in the area. The ecosystem can be strengthened. For example, the area underneath the tall trees could be utilized to plant vegetables or crops, creating a well integrated forest farm. There should be a better way to turn the huge amount of biomass, like fallen leaves, trimmed branches, into energy or fuel or organic fertilizer. Many of such problems require new expertise that his current staff don’t have. He is looking for new partners, instead of new employees, as he believes that salary is no longer attractive to the millennials, rather the ownership of work that one really likes to do.

He holds on further major investment in the project but is maintaining the scope, till he is clear about the direction for future development. Jie joined the EDE class for new ideas and knowledge, as he has been going to other classes and workshops. Knowing that I am writing about sustainability projects and people’s story in China, he proactively introduced himself and his project to me. As it’s very common in China, his company has a public front in WeChat, the 1-billion-user social media app in China. I found it unusual that he also posted a very detailed career profile (link) on his company page , down to his elementary school and personal phone number.